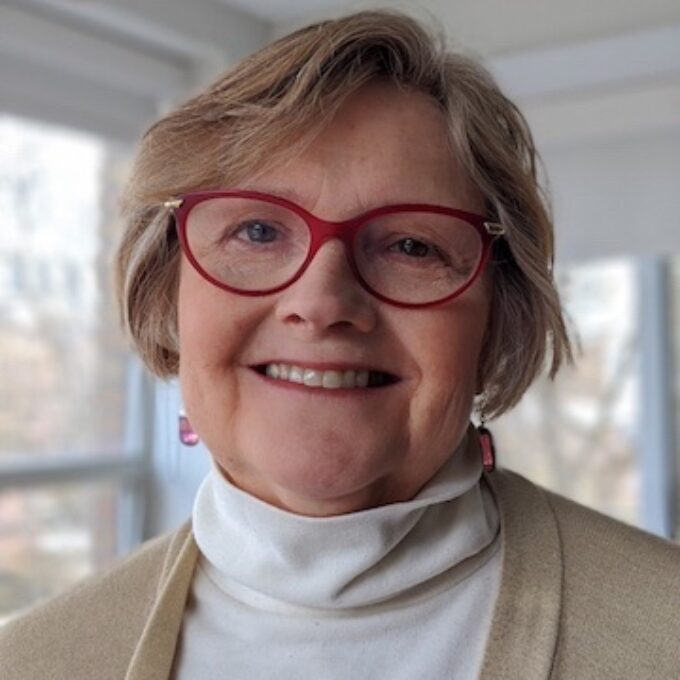 The United Church Observer once described Mardi Tindal as “a great communicator,” adding “she excels at finding meaning and hope, then sharing it with those she encounters.”

Tindal has brought energetic leadership throughout her career as an adult educator and facilitator, organizational consultant, retreat centre director, writer, broadcaster and church leader. She has facilitated leadership formation with church, not-for-profit, government and business leaders, regionally, nationally and internationally.

Mardi is former Moderator of The United Church of Canada, a position of national spiritual leadership. She holds an MA from the Ontario Institute for Studies in Education, of the University of Toronto.

During her term as Moderator she collaborated with faith leaders throughout Canada and around the world,with a focus on the healing of soul, community and creation. In 2012, she received the Queen Elizabeth II Diamond Jubilee Medal in recognition of her contributions to Canada.

She and her spouse Douglas are delighting in their new vocation as grandparents.