Parker’s work has touched the lives of millions of people around the world seeking to live more courageously and authentically while serving the human possibility. 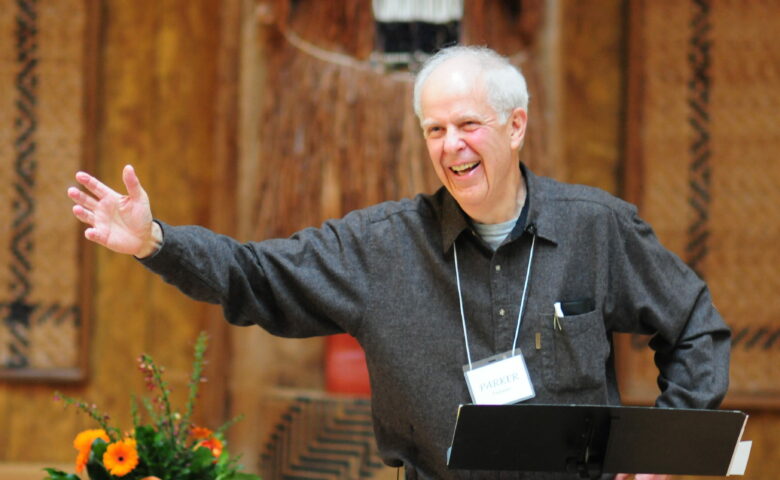 Our deepest calling is to grow into our own authentic self-hood, whether or not it conforms to some image of who we ought to be. As we do so, we will not only find the joy that every human being seeks–we will also find our path of authentic service in the world.”

Parker J. Palmer is a writer, speaker and activist who focuses on issues in education, community, leadership, spirituality and social change. He is founder and Senior Partner Emeritus of the Center for Courage & Renewal. 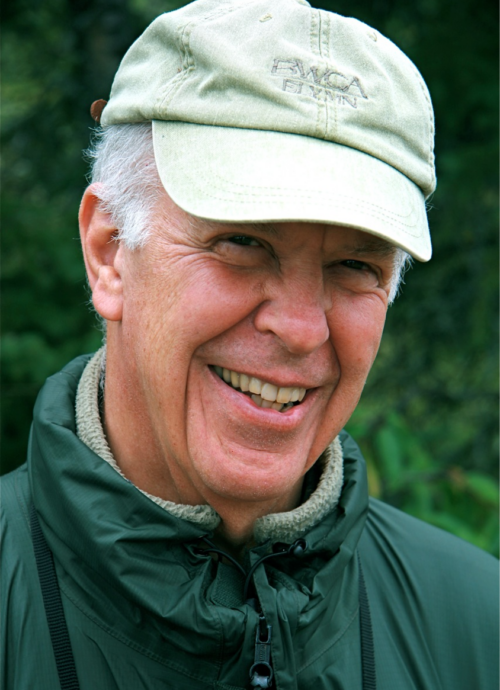 He holds a Ph.D. in sociology from the University of California at Berkeley, as well as thirteen honorary doctorates, two Distinguished Achievement Awards from the National Educational Press Association, and an Award of Excellence from the Associated Church Press.

Palmer is the author of ten books—including several award-winning titles—that have sold nearly two million copies and been translated into ten languages: On the Brink of Everything, Healing the Heart of Democracy, The Heart of Higher Education (with Arthur Zajonc), The Courage to Teach, A Hidden Wholeness, Let Your Life Speak, The Active Life, To Know As We Are Known, The Company of Strangers, and The Promise of Paradox.

In 1998, the Leadership Project, a national survey of 10,000 educators, named Dr. Palmer one of the thirty “most influential senior leaders” in higher education and one of the ten key “agenda-setters” of the past decade.

Since 2002, the Accrediting Commission for Graduate Medical Education has given annual Parker J. Palmer “Courage to Teach” and “Courage to Lead” Awards to directors of exemplary medical residency programs.

In 2005, Living the Questions: Essays Inspired by the Work and Life of Parker J. Palmer, was published.

In 2010, Palmer was given the William Rainey Harper Award whose previous recipients include Margaret Mead, Elie Wiesel, Marshall McLuhan, and Paolo Freire.

In 2011, the Utne Reader named him one of 25 Visionaries on its annual list of “People Who are Changing the World.”

In 2017, the Shalem Institute in Washington, D.C., gave Palmer its annual Contemplative Voices Award, “created to honor those individuals who have made significant contributions to contemplative understanding, living and leadership and whose witness helps others live from the divine wellspring of compassion, strength, and authentic vision.”

In 2021, he received a Lifetime Achievement Award from the Freedom of Spirit Fund, which “honors exemplary individuals and institutions embodying that inner freedom that is the energizing source of human courage, creativity, and love in the world.”

A member of the Religious Society of Friends (Quaker), Parker Palmer and his wife, Sharon Palmer, live in Madison, Wisconsin.

A note from Parker

Some Thoughts About Legacy

I’m at an age where people have begun to ask me what I want my legacy to be. I always say, “It’s not my legacy—it’s ours.” It’s a shared legacy created by the folks who design and offer Courage & Renewal programs and the folks who participate in them.

As a writer, I’ve always wanted to “put wheels” on my ideas so people can make use of them. For the past twenty-five years, I’ve partnered with the Center for Courage & Renewal to do exactly that. Together we’ve created vehicles for people to ride those ideas toward life-giving destinations—inner as well as outer destinations. Our programs have allowed many people in many walks of life to develop visions and take actions that make our world a better place.

I’ve always believed that the Center’s success should be measured by its ability to attract competent, committed, caring people who are doing work that serves the human possibility. That’s exactly the kind of people we’ve attracted. So by my lights, we’ve succeeded!

And what about my writing? In my office, there are two bookcases with three shelves each. They are packed to the max with books I’ve written in various editions and translations; books for which I’ve written forewords or chapters; and periodicals for which I’ve written articles. That’s a lot of words! But for me, those words—sitting there inert on the page and shelf—are not the legacy.

A legacy is a living thing. What’s important to me is the way people have taken my words into their own lives in their own way—and then carried all of that into communities, institutions and the larger society. Without the deep, long-term partnership I’ve had with the Center for Courage & Renewal, none of that would have happened on the scale it has. I’m forever grateful for this gift of colleagues, friends and fellow travelers.

My personal legacy? I’d like it to be one of good humor, good will and generosity. I’d like it to be said that we had a lot of laughs, we extended a lot of kindness, and we built an abundant storehouse of heart-and-soul resources that anyone can draw on. I can’t imagine a better legacy than that.

Parker Palmer is the author of ten books—including several award-winning titles—that have sold nearly two million copies and been translated into ten languages. 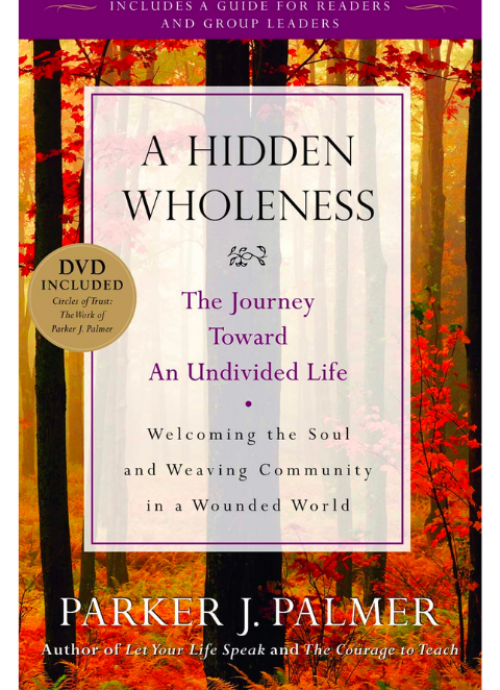 A Hidden Wholeness: The Journey Toward an Undivided Life 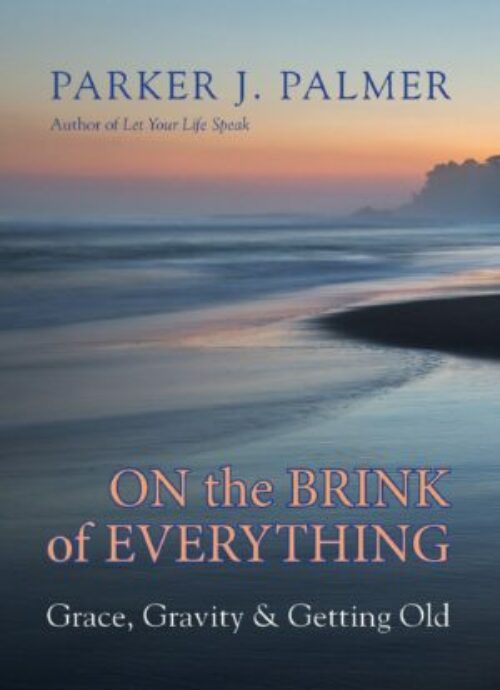 On the Brink of Everything: Grace, Gravity, and Getting Old 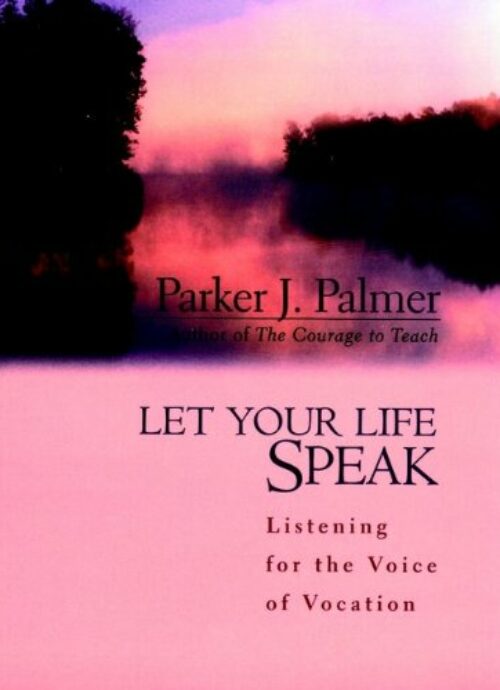 Let Your Life Speak: Listening for the Voice of Vocation

I want my inner truth to be the plumb line for the choices I make about my life – about the work that I do and how I do it, about the relationships I enter into and how I conduct them. 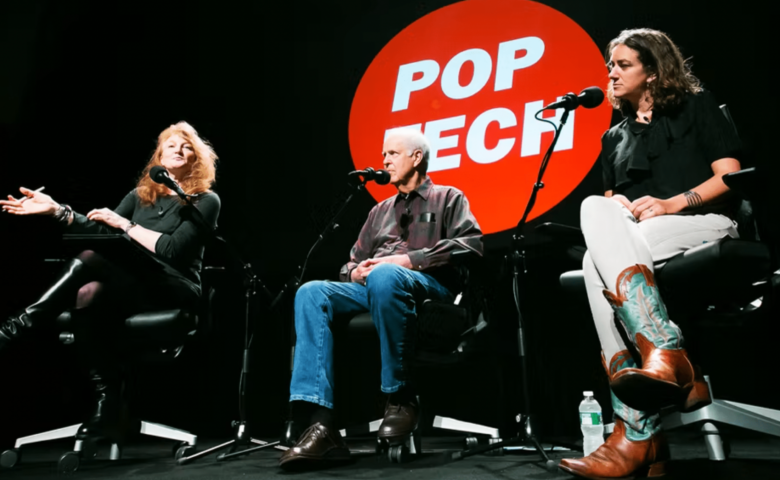 Enjoy this On Being podcast conversation around social change.

Parker Palmer, Courtney Martin, and Krista Tippett come together for a cross-generational conversation about the inner work of sustainable, resilient social change — taped in a live conversation at PopTech: Rebellion in October 2014.