Honest and Open Questions as a Spiritual Practice

"I have to continually remind myself that it isn’t my job to ask the perfect question, nor is it to offer clarity or help the person discern the next part of the journey. It’s not my job to guide this person through an issue or difficult period of their life. As someone who has an internal desire to be helpful (sometimes to a fault) this is a practice of its own! My role is to hold space without pushing into it, to listen deeply and well, to take in the being of the human being sitting with me, and to invite my inner teacher to respond." 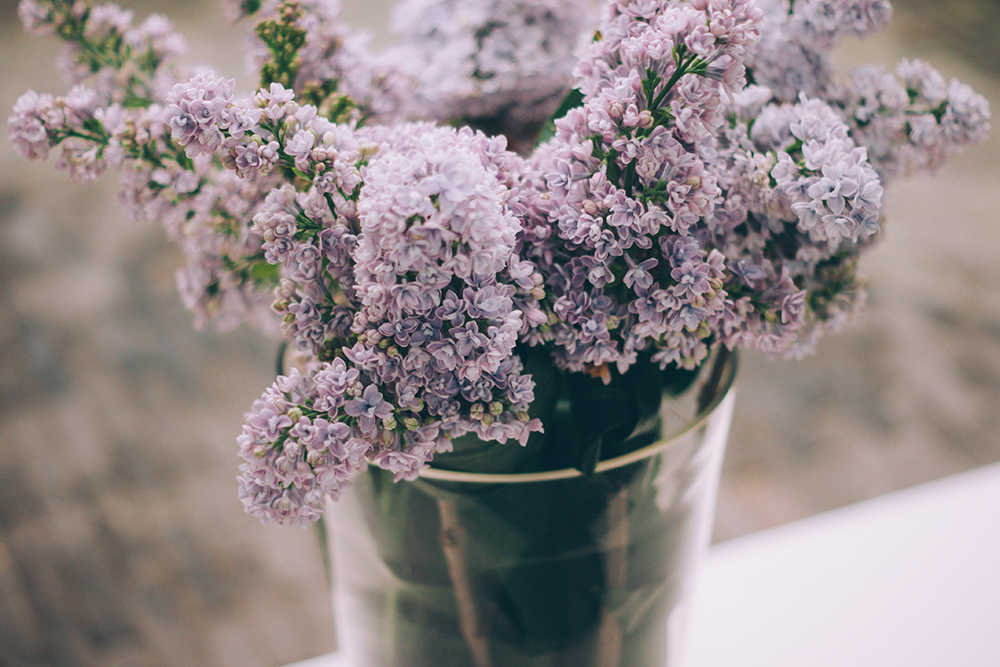 When I first began participating in circles of trust, the part that intrigued me most was the practice of asking honest and open questions. How interesting. What a revelation! I began to witness just how many interactions were trimmed by the offering of advice or a ‘helpful’ suggestion, after which, the dialogue was over. So often it seemed that our hurried way of engaging with one another undergirded this phenomenon. If we’re all too busy at work and a colleague begins to describe something that’s troubling her, why not help her out by telling her how to take care of the issue? Problem solved!

I went through a period of discomfort with the slow dawning that sometimes, I was the one cutting the dialogue off at its knees. As someone who prided myself on being an empathetic ear, I couldn’t help but be surprised at how often the questions I wanted to ask were along the lines of Have you ever read this book…? Have you ever considering doing …? Poorly veiled guidance-giving in the form of a friendly question.

And so I dove in with gusto. As a righteous worker bee, I recall the effort aimed at asking ‘just the right question.’ I was earnest as I sat listening with steam coming out of my ears, trying to come up with the supportive questions that would offer this good person just the clarity needed.

However, sometimes – once in a while – something would shift and I would find myself in a nearly altered state of quiet. The soundtrack would settle down and all that I was doing was deeply listening for real. Sometimes this happened when I was out walking with someone. I have often told the story in circles of trust, of the intense realization that this practice was getting into my bones when someone close to me said, Can we do that thing we’ve been doing lately, where we go for a walk, and you ask me questions so that I can figure out what I need to do next?

So what made that different from the other approach – that of working so hard to be a virtuous listener?

I’ve come to think of asking honest and open questions as a true contemplative practice. It asks the same of us. As a dedicated spiritual practice, it begins with intention, presence and a particular entering in. It takes discipline. It is both a process and a transformed perspective that’s different from our usual way of being (or perhaps doing) in the world. In short, it takes – well, practice.

Here are some approaches I have intentionally cultivated as I sit or walk with someone who is in a period of discernment.

Settle in. Much as with meditation, the first thing I need to do is to still my busy mind, to quiet the river of observations, judgements, and endless planning ahead thoughts that often unconsciously occupy my daily thinking – to take a few deep breaths and slow down. Sometimes that’s easier said than done. Frequent practice with family members, friends and colleagues seems to cultivate an easier ‘entering in’ each time. I remind myself of my role, to hold space for this person. To be there. To be here.

Behold. It’s amazing what it is to notice another human being, to fully take them in. Something that helps me drop into noticing the being in the human being if they are sitting in front of me is to witness their eye color. It can be startling to see how often I miss that particular part of a person and its nuances. I try to hold them in a soft gaze – neither looking directly, nor being detached – just taking in the whole of them as we sit together. As they begin talking, again, I often need to still that river of thoughts and take them in again and again as a whole person – what they are saying, how they are saying it, how their body is moving with what they are saying, capturing somehow the whole picture at once.

Offer an invitation. When I first began this journey, this was the point at which I would begin thinking. I wanted to ask great questions! I still do, and yet the way forward has altered a little bit. Instead of trying to think of good questions, I’ve begun to issue a deep invitation to my own inner teacher, to please respond to the inner teacher in this person sitting before me, and to offer a question from my depths – inviting it to bubble up from down inside me, instead of thinking about it and having it come from my mind. Every time I start ‘thinking’ my way into it, I’ll return to that meditative practice of sitting quietly, continuing to listen with all of me, trusting that the question will come without my working at it, forcing it, or thinking too hard. I issue the invitation to my heart center, though for some, I would imagine it could come from their ‘gut,’ solar plexus or other part of their body.

Stay with it. As the person continues to speak, I find myself looping back through the above, intentionally listening, holding that space without trying to get myself into it, quieting my thoughts, and continuing to issue the invitation, from inner teacher to inner teacher. If they begin to cry, I gently lower my eyes and imagine my heart opening wide, wider, in response to their tears.

Notice the question that bubbles up, instead of the one that thinks its way in. When it happens, I start to feel a question arising. It quite literally seems located from the center of me. It’s often a simple question, though at times it has an unexpected layer or two. Occasionally it’s so different from the kind I might typically ask that it makes me a little uncomfortable. I’ll let the question continue to simmer as I continue to listen.

Is it ‘true?’ I have asked questions that are textbook from the perspective of being ‘honest and open,’ and yet, they have come from my intellect. I recall sitting in clearness a couple of years ago, thinking hard about the right question to ask. When I asked it, as I heard myself, it seemed all wrong, off, rather severe, a little too cerebral – not ‘true’ at all to the situation or the friend sitting before me. A question that comes from my depths in response to the person before me is different. It feels true. If it persists and continues to bubble up as I’m listening, I’ll quietly examine it and then when the person pauses, I’ll ask if they would welcome a question.

Some examples from recent experiences include feeling the way a colleague continued to land on the word ‘intentional’ as he was speaking, using it four times, the way his body shifted each time he said it. What does intentional mean to you? Simple and yet true because of where it came from in me, in response to him.

Another person was at a very difficult juncture and one bubbled up that isn’t my ‘usual kind of question,’ probably a good indication it was in response to her, not my own mind: if you pause, close your eyes, and ask the wise woman who lives inside you to show you the way forward, what does she have to say? I can still see the way in which her whole demeanor shifted as that question was asked.

There was also a time in which a former student called me on the phone at work. Having graduated four years earlier, she was in a difficult place, feeling utterly lost. After about 45 minutes of listening, I felt the question, which was something like this: as you reflect on what you have shared with me, how often do you find yourself living here and how often are you not here, worrying over what you’ll do a month, a year, five years from now, or for the rest of your life? I could describe my perception of its impact and her response, but the point isn’t so much what she did with it – that was her job. My role was simply to listen and ask.

Mantra for the very supportive: it’s not my responsibility. I have to continually remind myself that it isn’t my job to ask the perfect question, nor is it to offer clarity or help the person discern the next part of the journey. It’s not my job to guide this person through an issue or difficult period of their life. As someone who has an internal desire to be helpful (sometimes to a fault) this is a practice of its own!

My role is to hold space without pushing into it, to listen deeply and well, to take in the being of the human being sitting with me, and to invite my inner teacher to respond.

And that’s a whole lot.

Marcia Eames-Sheavly is a Courage & Renewal facilitator and a university horticulture educator, who has devoted most of her professional time to bringing people and plants together, whether students in the classroom, online learners around the world, or community members from New York to Belize. The recipient of national teaching and writing awards, she presents internationally and has authored numerous publications, book chapters, articles, and recently, a book of poetry – So Much Beauty.

We offer an abundance of resources to help you learn more about our approach and explore the ways in which our work has meaningfully impacted people’s lives.

See all resources
of

Please confirm you want to block this member.

You will no longer be able to:

Please note: This action will also remove this member from your connections and send a report to the site admin. Please allow a few minutes for this process to complete.

You have already reported this
Clear Clear All